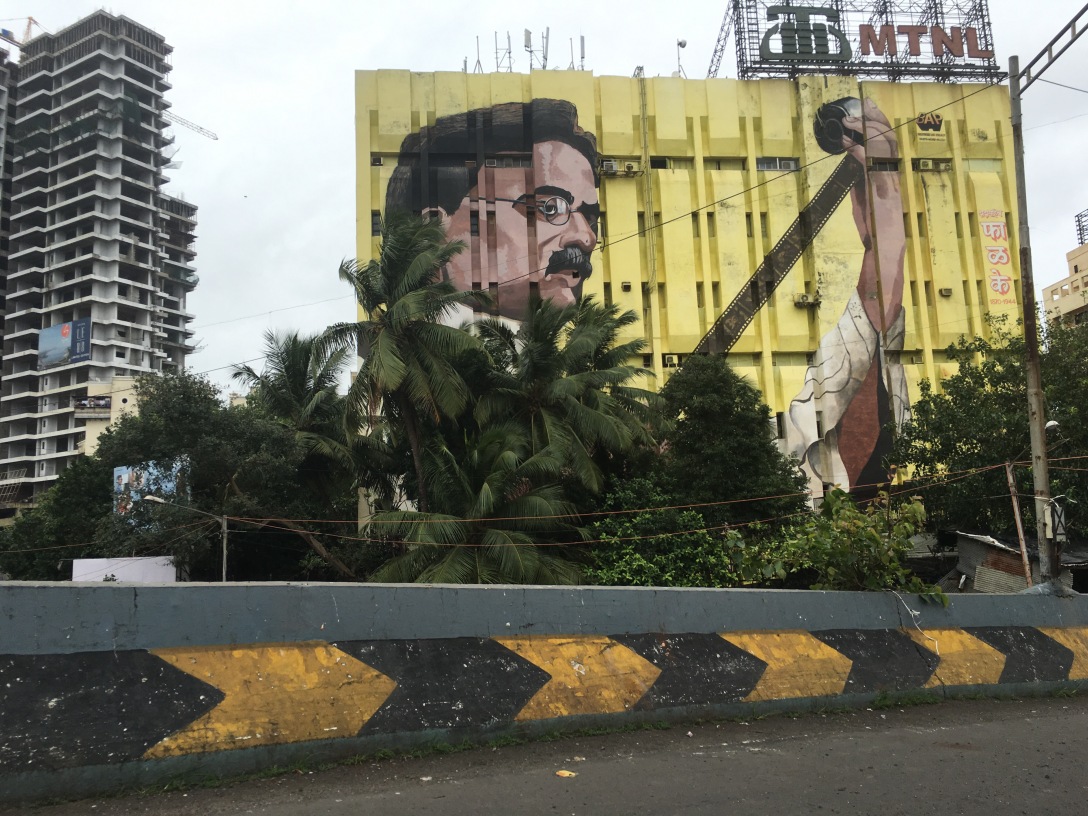 Ever since I moved out of Mumbai in 2011, I’ve revisited the city at least once every year. Last year, I even went twice. Surprisingly, or not so surprisingly in my case, every time I passed the MTNL building in Bandra, what I did not know was that I was passing India’s largest mural.

Last weekend, I was in Mumbai. One of my best friends (the guy who helped me write this) picked me up from the airport and when we passed the same building, I asked him about it. Of course, instead of telling me, he simply smirked at me and asked me to go find out myself. My friends are one of a kind, I tell you.

Anyway, I ran a quick Google search today and learnt that the painting on the MTNL building is of Dadasaheb Phalke, the man behind India’s first full-length feature film. He’s referred to as the father of Indian cinema, so the mural was painted by an artist called Ranjit Dahiya as a tribute to him in 2014. And Mumbai being the capital of Bollywood, makes it the perfect location for it.

You can read more about the mural here.

2 thoughts on “Did you know this is India’s largest mural?”