In the 7th grade, my now best friend of 13 years, invited me home for iftaar.

The only two things that I can recall from that meal are the apple-date milkshake and these little home-made triangular pastries that resembled samosas but were a lighter, softer and non-deep fried version of it. I remember how delicate they were and how the filling almost dissolved in my mouth.

It was my very first iftaar. And even though I don’t remember all the delightful things her mother made that day, the feeling of joy as I sat there with a tummy full of goodness, still lingers.

After that, the only iftaars I’ve partaken in are at some of Dubai’s hotels like the Al Bustan Rotana. Here in Bangalore, I’ve taken to the streets to satisfy my iftaar cravings – a little less lavish but equally delicious.

Two weeks back, I visited JNC Road for round 1 of iftaar. So last weekend I paid a visit to the stalls outside the Bilal Mosque on Bannerghatta Road – another alternative to ones on Mosque Road, which are closed this year for Ramzan.

About 80 stalls (which is what the man with the microphone persistently announced at the entrance) are put up in a tented parking lot outside the mosque. I went with two serious eaters I call friends (travel buddy being one of them), ready to take on all that good food awaiting us.

Here are the highlights:

Piping hot haleem topped with ghee and crispy fried onions. Unlike usually, the haleem here wasn’t pasty and the lentils were deliciously distinguishable. What a great way to warm up for all the food that was yet to come. 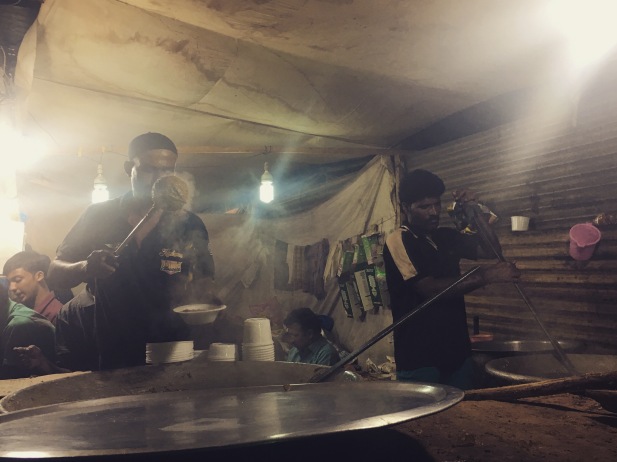 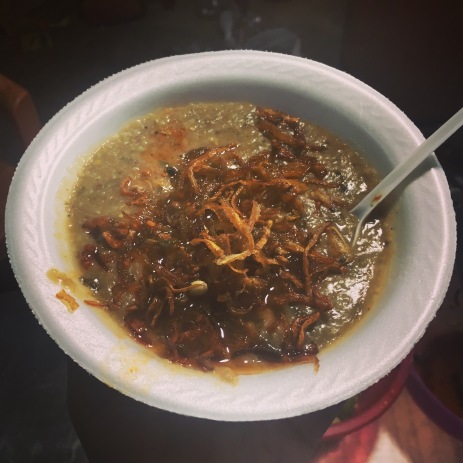 There were quite a few stalls selling seafood. We tried the fried Barracuda at one of them, which was pre-marinated and served with a sprinkling of chaat masala.  This was followed by a portion of phal, hot off the grill – ridiculously little in quantity but so juicy and packed with spice, I can still taste it. 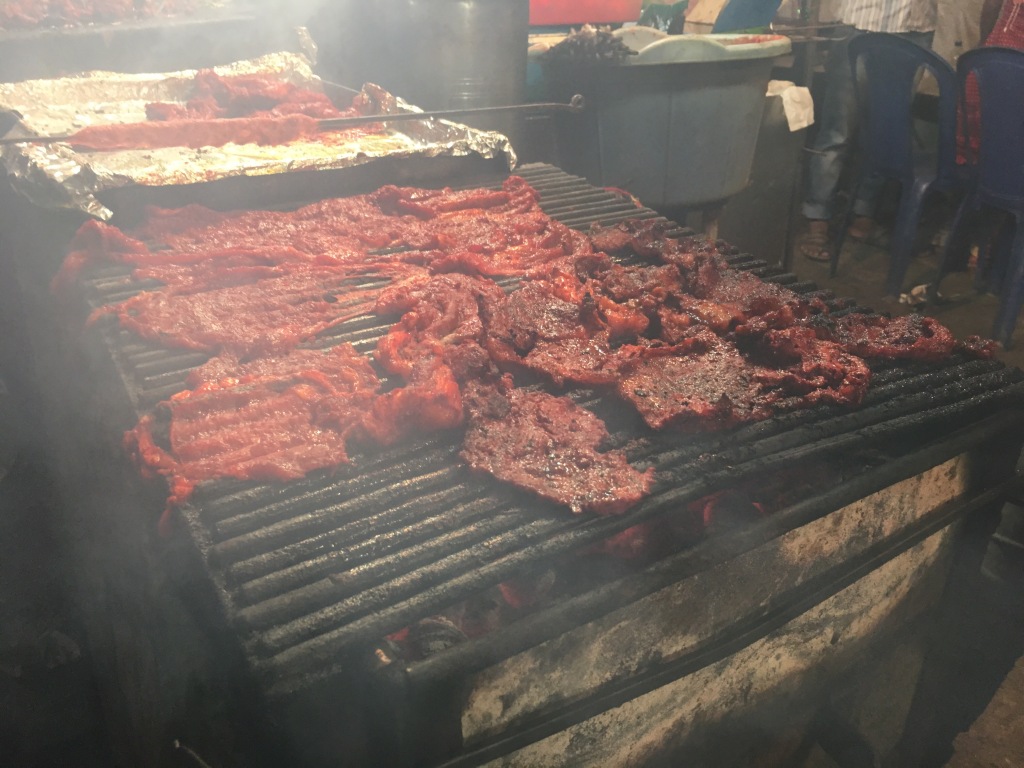 I don’t have much of a sweet tooth. There are, however, exceptions. And jalebi is one of them. So when I saw a fresh pile of jalebis at one of the stalls, I wasn’t going to wait till the end to order a plate and eat the whole thing. All. By. Myself.

Travel buddy got herself some rasgulla but I was so engrossed in my jalebi, I completely forgot to ask her about it. Lol.

The dish that stood out was an Arabian dry fruit soup – a creamy, mildly spiced broth made with dry fruits and pieces of mutton added to it. Served with a piece of pav, the soup was refreshingly different from all the other food we’d been eating.

After that, we decided to try some quail, which I’m sorry to say really let me down. Another huge let down were the fried prawns, which were just 5 penny-sized salt-less pieces. We thought we were being pranked. But the real joke was when he told us these were tiger prawns.

We also tried some beef kebabs, chicken shawarma and nalli (bone marrow) soup with iddiyappams (string hoppers) – all of which were seriously mediocre. Can’t have it all, can we?

Until next year, that’s all the iftaar for now. Eid Mubarak to everyone who celebrates!

For more on Iftaar treats, check out this post and this one. 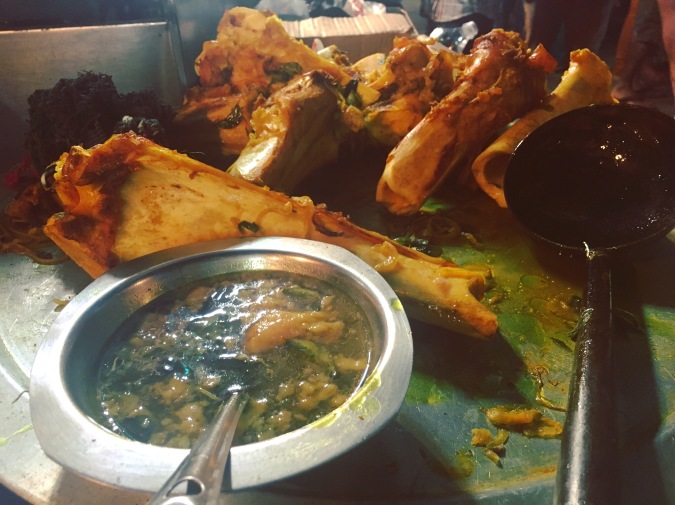